Applications are invited for Indonesian Arts and Culture Scholarship and were initially offered to and participated by member countries of the South West Pacific Dialogue (SwPD); Australia, New Zealand, Papua New Guinea, the Philippines, Timor-Leste, and the host Indonesia.

The program serves to demonstrate Indonesia’s commitment as an initiator of the establishment of South West Pacific Dialogue and as the originator member of ASEAN in advancing the social culture cooperation in the region.

The programme aims to cultivate a culture of cooperation, emerging from direct contact and sharing of cultures amongst people involved in the program, leading to thriving diplomatic relations in the region and worldwide.

Eligibility for the Scholarship:

List of Eligible Countries of Indonesia Arts and Culture Scholarship

English Language Requirements: Applicants whose first language is not English are usually required to provide evidence of proficiency in English at the higher level required by the University. 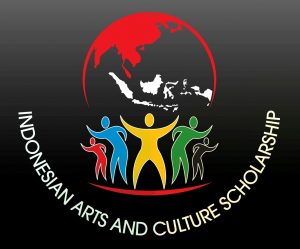 How to Apply: Candidates must complete the application form (attached) and submit it along with the followings: