Skip to content
The 11th Nelson Mandela World Human Rights Moot Court Competition will be held at  Palais des Nations in Geneva, Switzerland from 15 to 19 July 2019

You are cordially invited to participate in the 11th Nelson Mandela World Human Rights Moot Court Competition, due to be held from 15 to 19 July 2019, in Palais des Nations, in Geneva, Switzerland. The Competition is presented by the Centre for Human Rights based at the Faculty of Law, University of Pretoria, in partnership with the Academy on Human Rights, Washington College of Law, American University and the United Nations Human Rights Council Branch (HRCB) at the Office of the High Commissioner for Human Rights (OHCHR).

The Competition will be held in English, French and Spanish.

The Competition is open to both undergraduate and master’s degree students. A team of two students from each university is invited to participate. In the preliminary rounds, students submit heads of argument for a hypothetical case, which are assessed by a panel of experts.

The best 10 teams from each UN region are then invited to participate in the pre-final, quarter-final, semi- final and final rounds of the Competition in Geneva. Teams then have to argue the two sides of the hypothetical case, representing, alternatively, both the Applicant and the Respondent before a ‘bench’ of human rights experts. 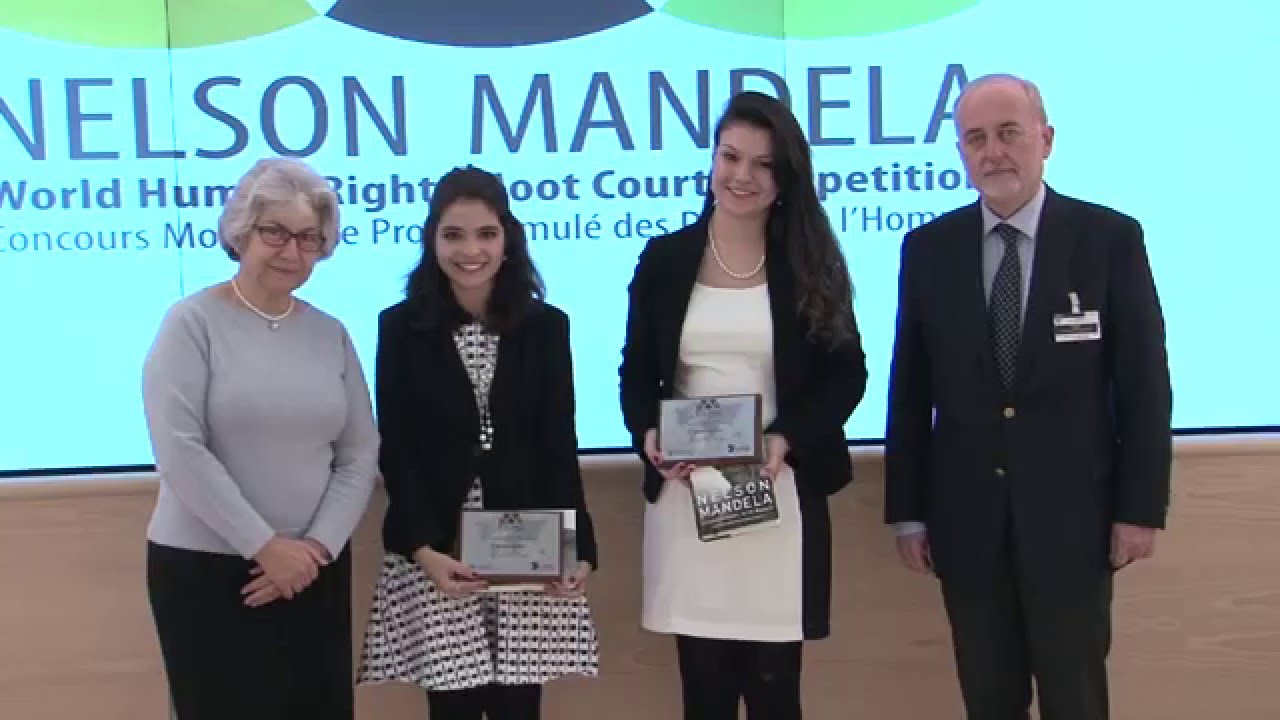 The eight best teams proceed to the quarter final rounds, which is presided over by judges from international courts and tribunals. Starting in 2019, the Competition will be held in not only in English, French, but also in Spanish