Ex-president Obama had strong feelings about the value of global education, and during his tenure, his immigration policies made it easier for international students to receive the education they wanted. There are a lot of students can learn about the man himself.

Don’t Let Go of Your Dreams

This may seem like cliche advice, but it’s all too easy to forget what you came for. Barack Obama is proof that if you have a dream and work towards it, you may have a good chance of achieving what you want. His life and work is a strong validation of the power of positivity and focus.

As an international student, you don’t want to lose sight of what brought you to college in the first place. Keep your goals in sight at all times and try not to let distractions, little failures and challenges sway you from your goals.

President Obama laid a lot of emphasis on preparation, both in his political life and in his personal life. You can tell from his campaign trail that he works as hard as he can in his professional life.

His first victory in 2008 was hard-fought, naturally, because he was seen as an outsider. He was the son of a Kenyan and an American, who had lived in Hawaii and Indonesia as a child. He only moved to the United States as a young adult. Many international students will identify with his multicultural background. He would have faced the same difficulties foreign students face when they go to study abroad.

Despite all the mud-slinging and controversies over his heritage and religious background, the President won the support of a huge population in a symbolic victory for African Americans. He had effectively defied all odds to become the first African American president through his hard work and commitment to his beliefs.

Hard work is the key to success, many will tell you. Alexander Graham Bell would say the same thing. You can overcome many handicaps and insecurities, simply by being more prepared and working hard. 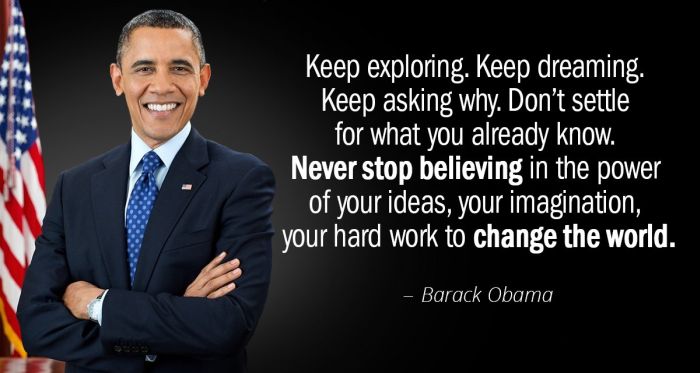 During his two terms in public office, Obama did not just prepare for meetings on global affairs but in other areas like bowling. On his first campaign trail, he bowled a terrible 37, but over the year he worked hard on it at the White House alley and won first place in a bowling competition.

Obama was clearly competitive and strongly driven to improve himself. He did not stop self-development after he reached where he wanted to be.

It may not be possible for you to improve everything you find yourself lagging behind in. For instance, you may not be the world’s best swimmer and you don’t have to be if you’d rather spend more time on improving your chess skills. But the lesson to learn is, what got you here, won’t keep you here. You’ve been accepted into college, and now you can only thrive and make the most of your time there if you try to improve yourself wherever possible.

Of course, self-improvement is a personal subject. How you go about it will be entirely personal to you and what your gut tells you. But everyone who has reached some level of success will tell you that personal development and reaching your full potential is the key.

Empathy Will Comfort and Heal You and Others

You may have seen news during President Obama’s campaign trails that he spent hours talking to hundreds of people, hugging them and asking them to tell their stories. He would say peace begins by “learning to stand in somebody else’s shoes and to see through their eyes…”

It’s true that empathy in a position of power could also make things difficult for a leader who may often be expected to take harder stances on things like foreign policy. But at the cost of being called timid, the ex-president never gave up on his empathetic approach to leadership. It didn’t mean he didn’t condemn those who did wrong. But it meant he always saw both sides of an issue. He urged his Jewish friends that Palestinians had a valid point of view too.

As an international student, you will come across people from various backgrounds and life journeys too. When you are empathetic towards them, you express your interest in better understanding them. Not only is empathy a hallmark of a great leader, but it’s also good for your health and mental health. Empathy will also lower your stress as you settle down into a new environment, try to make friends with new people and tackle challenging coursework.

How do you develop empathy? And is it something that can be developed? The answer to the second question is, yes. You can challenge yourself, go out of your comfort zone, travel, learn how to ask better questions and cultivate your sense of curiosity in order to be able to put yourself in the shoes of others more easily. 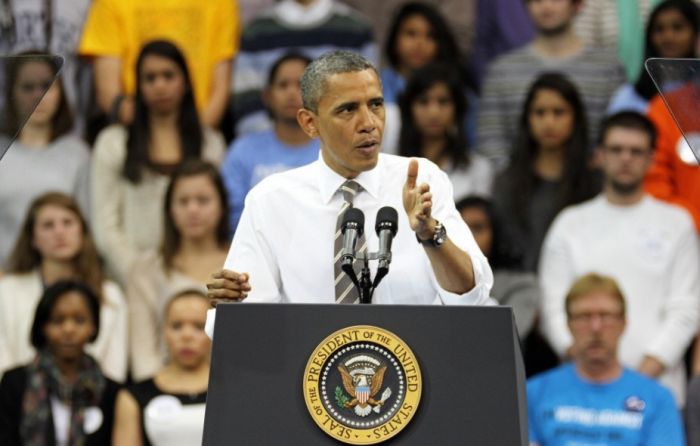 Don’t Be Afraid to Show Your Feelings

Many of us are afraid to make ourselves vulnerable by showing our feelings, because some people may have given us the impression that showing your feelings is a sign of weakness.

But ex-President Obama wasn’t afraid of such people. He showed his feelings before the entire world, especially when he spoke to his family with the world watching. It takes a lot of courage for the world’s most powerful man to humble himself and reveal himself to be human.

International students will be faced with culture-shock, homesickness, communication challenges, financial challenges, etc. that could make life very stressful. Being able to express what you’re feeling honest – to a college counsellor, a new friend you’ve made, a professor – is necessary to lower stress.

In order to solve problems and overcome challenges, you need to be able to identify that you have a problem in the first place, and you can only come to terms with this when you express your feelings.